WATCH: Sondland concludes U.S. aid for Ukraine was tied to... 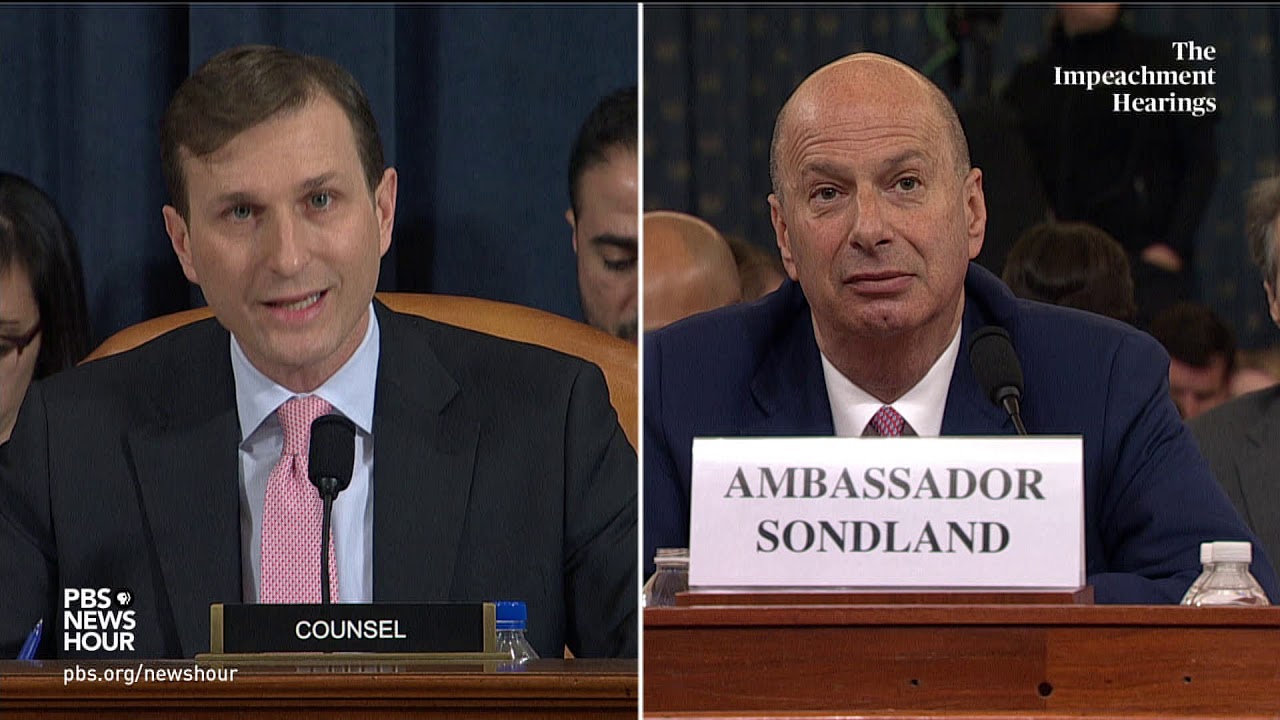 Gordon Sondland, the U.S. ambassador to the European Union, said he concluded that the U.S. aid that was being withheld from Ukraine was tied to Ukraine’s willingness to investigate the 2016 elections and the Bidens. Sondland said Ukrainians were aware that the aid was being withheld and asked about its whereabouts in a Sept. 1 meeting with Vice President Mike Pence. “Is the only logical conclusion to you, given that all of these factors, that the aid was part of this quid pro quo?” Democratic counsel Daniel Goldman asked during a public hearing before the House Intelligence Committee. “Yep,” Sondland replied.