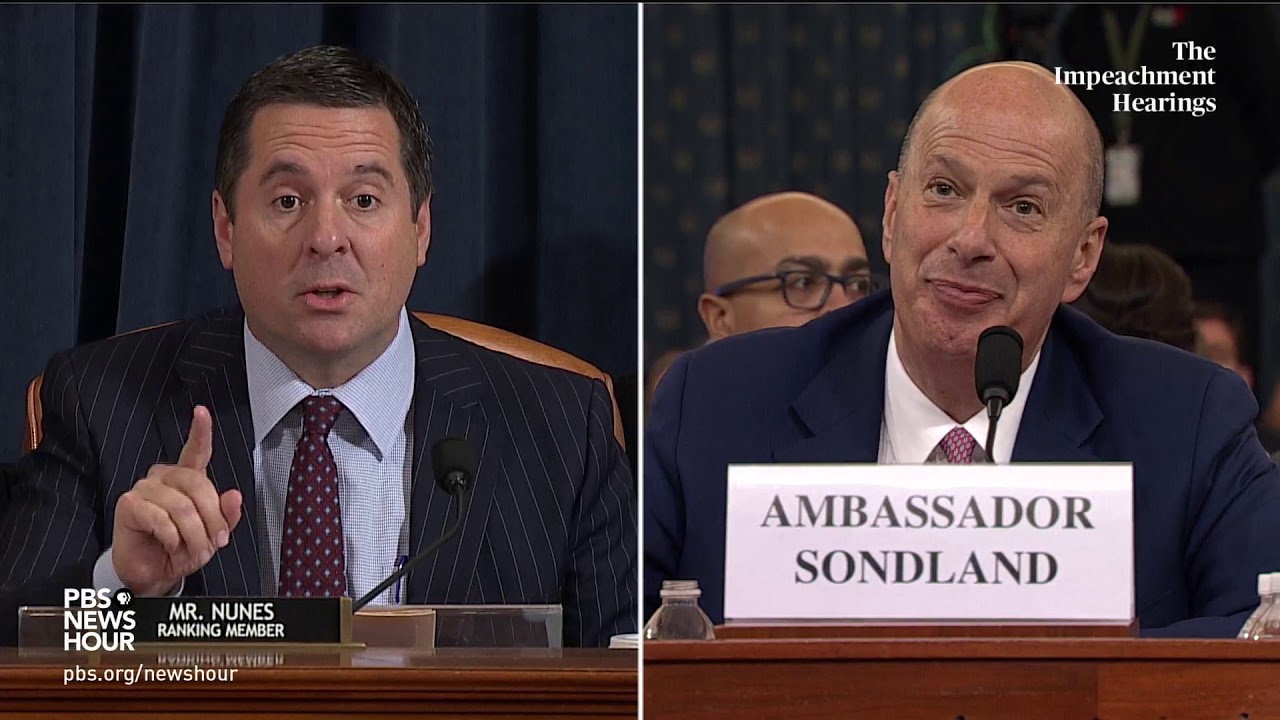 Rep. Devin Nunes, the ranking member of the House Intelligence Committee, questioned Gordon Sondland, the U.S. ambassador to the European Union, on Nov. 20 in a public hearing as part of the impeachment inquiry into President Donald Trump. Nunes asked Sondland about corruption in Ukraine, including what Republicans have said are potential conflicts of interest involving the Bidens and Ukraine and what they see as an effort by Ukrainians to disadvantage Trump in the 2016 election. Reports on the Bidens have found no evidence of wrongdoing and the U.S. intelligence committee concluded Russia interfered in the 2016 election. Sondland testified earlier in the hearing that there was a “quid pro quo” in which U.S. aid and a White House meeting were contingent on Ukraine agreeing to investigate the 2016 elections and the Ukrainian energy company Burisma, where the son of 2020 presidential candidate Joe Biden, Hunter, sat on the board. Sondland also said he understood the “prerequisites” to be a reflection of “Trump’s desires and requirements.”