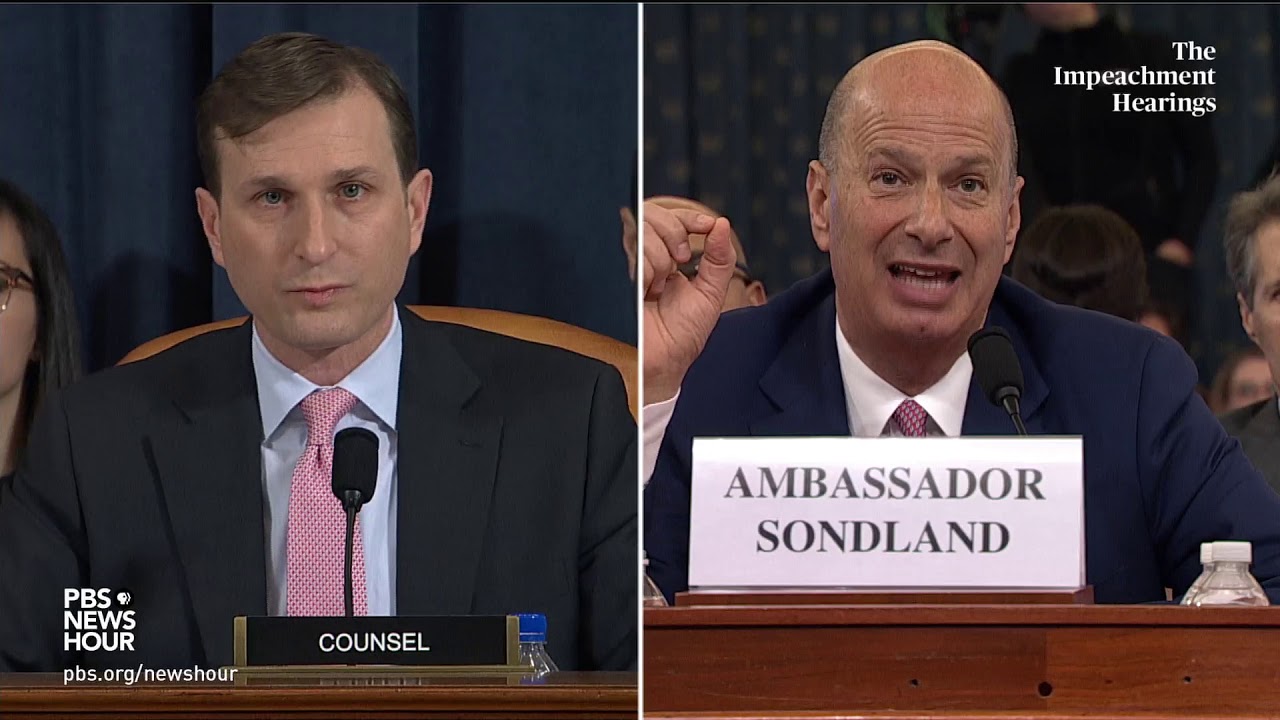 Democratic counsel Daniel Goldman questioned Gordon Sondland, the U.S. ambassador to the European Union, on Nov. 20 in a public hearing as part of the impeachment inquiry into President Donald Trump. Goldman asked about conversations Sondland had with Trump and other diplomats about efforts to get Ukraine to investigate the 2016 elections and the Bidens. Sondland had earlier testified that there was a “quid pro quo” in which U.S. aid and a White House meeting were contingent on Ukraine agreeing to investigate. Sondland also said he understood the “prerequisites” to be a reflection of “Trump’s desires and requirements.”