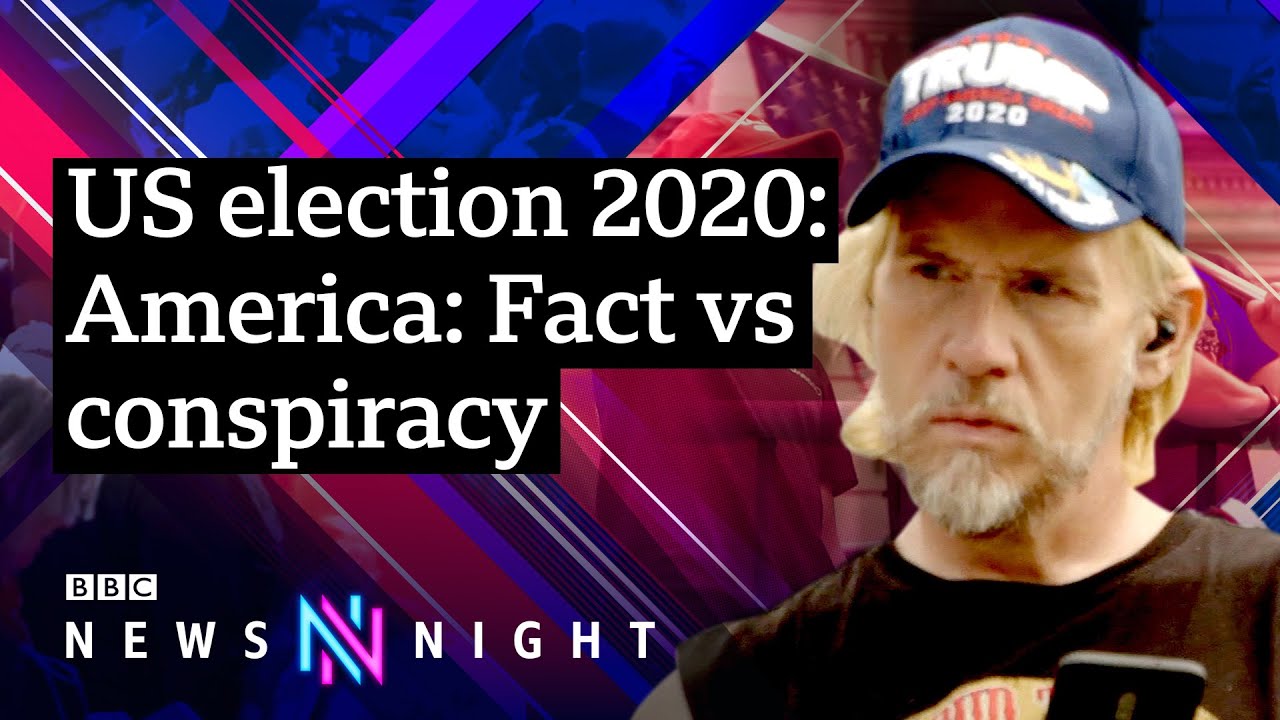 As misinformation over the US election result continues to grow, Newsnight takes a look at how the battle between conspiracy and fact is shaping — what is soon to be — post-Trump America. Please subscribe HERE http://bit.ly/1rbfUog

The American election may have been decided — but President Trump is still fighting President-elect Biden in the courts. Tonight in Georgia — where runoff elections in January could decide the balance of power in the Senate —  the results of a recount are expected imminently.

In the election President Trump was voted for by a broad coalition of over 70 million Americans, but now the longer he refuses to concede, the more the anger and conspiracy theories start to fly amongst his more ardent fans.

Newsnight’s International Editor Gabriel Gatehouse reports from Georgia. There is some strong language in this film.