Why Xbox Failed In Japan 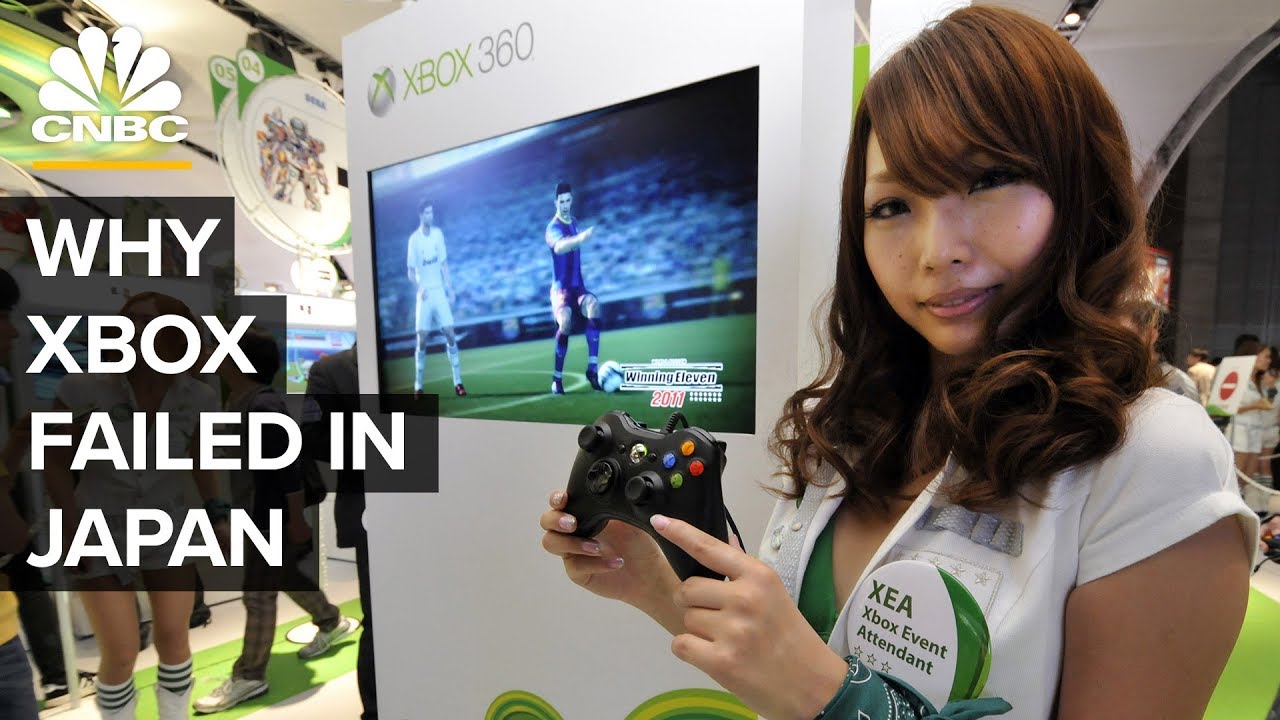 Why Xbox Failed In Japan

Microsoft’s Xbox consoles have become a global hit. But there’s one market where they don’t work — Japan. Of the 46.9 million Xbox Ones sold worldwide through the second quarter of 2019, just 0.3% of them have been in Japan, according to IDC. Meanwhile, Japanese companies Sony and Nintendo are popular with consumers.

When Microsoft announced it was developing a video game console, the industry was skeptical. In the ’90s, Microsoft was known for its software, not its hardware business.

Almost two decades later, Microsoft’s Xbox has become a popular console, holding its own against Sony and Nintendo.

But there’s one market where the Xbox hasn’t been a hit with consumers — Japan.

When Microsoft released the Xbox in 2001 in the United States, Japan was the gaming juggernaut of the world. It was home to the three big console makers, Nintendo, Sega and Sony, and had the best developers.

Microsoft faced three big challenges launching the Xbox in Japan. It had to convince Japanese developers to make games for Xbox, overcome consumers’ skepticism about the first edition’s bulky design, and make up for lost sales from launching after the holiday period.

Today, Microsoft still struggles to sell consoles in Japan. Of the 46.9 million Xbox Ones sold worldwide through the second quarter of 2019, just 0.3% of them have been in Japan, according to the International Data Corporation.

While Japan is a big market for video games, Dean Takahashi, the lead writer for GamesBeat at VentureBeat, said Microsoft doesn’t rely on Japanese consumers.

“Japan is still down, but they don’t actually need it to make billions of dollars,” Takahashi said.

In a statement to CNBC, Microsoft said Japan is an important part of its global gaming community.

While Japanese consumers prefer Sony’s PlayStation or Nintendo’s Switch, Microsoft’s relationship with its Japanese competitors is changing. Watch this video to learn more about how Microsoft is working with Sony on the future of video gaming.

About CNBC: From ‘Wall Street’ to ‘Main Street’ to award winning original documentaries and Reality TV series, CNBC has you covered. Experience special sneak peeks of your favorite shows, exclusive video and more.

Why The Xbox Failed In Japan
Video published on YouTube by CNBC.

Connect with:
Facebook Google Twitter
Don't have an account?
sign up
Back to
log in
Connect with:
Facebook Google Twitter
Back to
log in
FiWEH Free original videos & shows added weekly.Watch Free!
+ +
Choose A Format
Story
Formatted Text with Embeds and Visuals
Audio
Soundcloud or Mixcloud Embeds
Video
Youtube, Vimeo or Vine Embeds
Poll
Voting to make decisions or determine opinions
List
The Classic Internet Listicles
Personality quiz
Series of questions that intends to reveal something about the personality
Trivia quiz
Series of questions with right and wrong answers that intends to check knowledge
Countdown
The Classic Internet Countdowns
Open List
Submit your own item and vote up for the best submission
Ranked List
Upvote or downvote to decide the best list item
Image
Photo or GIF
Meme
Upload your own images to make custom memes