A story which journeys from Jamaica to Britain

by Jamaica Gleaner 2 years ago2 years ago
11views
0 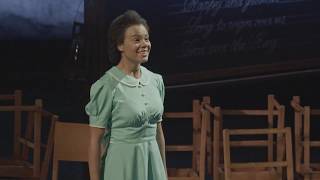 Andrea Levy’s epic, Orange Prize-winning novel bursts to new life on the Olivier stage. A company of 40 tells a story which journeys from Jamaica to Britain, through the Second World War to 1948 – the year the HMT Empire Windrush docked at Tilbury.

Adapted for the stage by Helen Edmundson, Small Island follows three intricately connected stories. Hortense yearns for a new life away from rural Jamaica, Gilbert dreams of becoming a lawyer, and Queenie longs to escape her Lincolnshire roots. Hope and humanity meet stubborn reality as the play traces the tangled history of Jamaica and the United Kingdom.

Andrea Levy is a British author of Jamaican parentage. Small Island was inspired by her parents’ experience as members of the Windrush generation.

Advertisements
Technology in Focus | Ready or not, Industry 5.0 is coming - Experts call for innovative ways of preparing workforce for new tech era