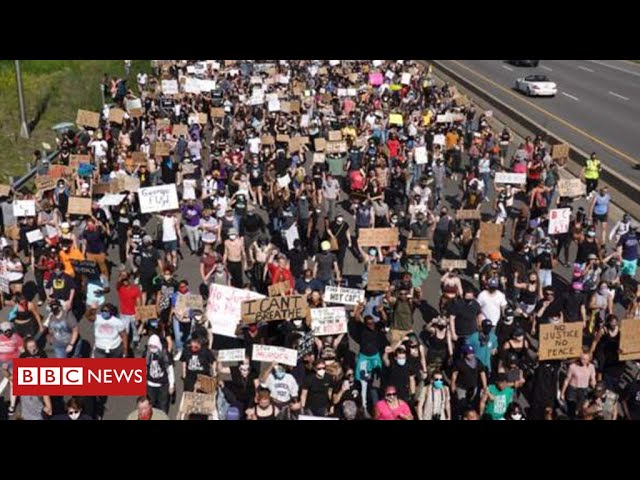 A week after the killing of George Floyd — an African-American who died while being detained by police in Minneapolis — there have been more protests and violence in cities across the US.

It has become America’s worst episode of racial and social unrest since the 1960s. President Trump has been criticised for telling state governors to take a much tougher line with the protesters.

George Floyd’s brother has told demonstrators that his family is peace-loving and that violence will not bring the change the black community needs and deserves.

George Floyd died after being pinned to the ground by a white police officer who kept his knee on Mr Floyd’s neck. The officer has been sacked and is facing a charge of murder.