Violent clashes across US after officer charged with killing black...

by BBC News 1 month ago1 month ago
39views
1 share 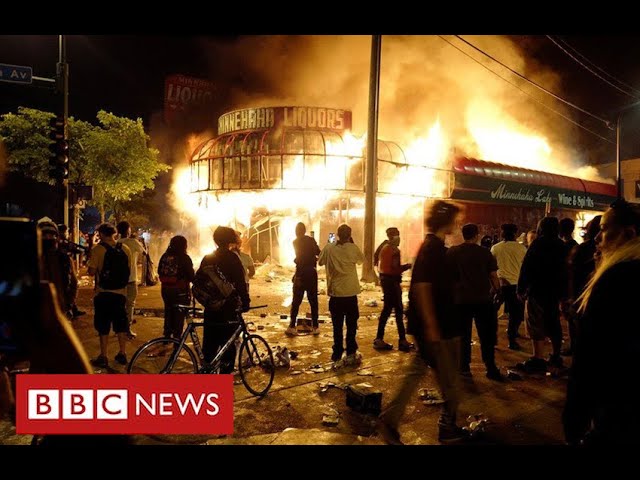 There have been more clashes between police and protesters, in cities across the United States, following the death of an African-American man in Minneapolis.

The state’s governor says the national guard will be fully mobilised for the first time ever. A police officer has been charged with the murder of George Floyd, but protestors are calling for three other officers who were also there to be arrested.