While we’ve seen all kinds of horror genres develop a number of memorable killers over the years, sometimes it still takes a scary monster to terrify and delight fans. Monster movies go back to the dawn of horror film, with the Universal Monsters like Frankenstein, Dracula, and Wolf Man showcasing the special effects wizardry of the time to deliver thrills and chills to movie-goers.

Horror monsters have certainly evolved past those early representations, and have become even deadlier with each new iteration to up the stakes for the viewers. Today we are going to take a look at 10 of the deadliest horror movie monsters, ranked on everything from their horrifying appearance to the danger they represent to humankind.

While likely the most unknown horror movie monster on this list, as well as the most recent, The Ritual‘s Norse-inspired creature is a deadly monster for a number of reasons. Netflix’s adaptation of Adam Nevill’s novel of the same name introduced the known as Moder, a bastard offspring of the Norse God Loki who lives in an ancient woods near the King’s Trail in Sweden.

Moder, as he is known in the book, is a frightening tree giant that forces those who enter its woods to either kneel and worship forever, thereby receiving cursed immortality from the Jötunn, or get impaled on the rune-covered trees in the woods. Moder’s dangerous cult following and its abilities to manipulate its victims worst fears make the Jötunn a dangerous newcomer. 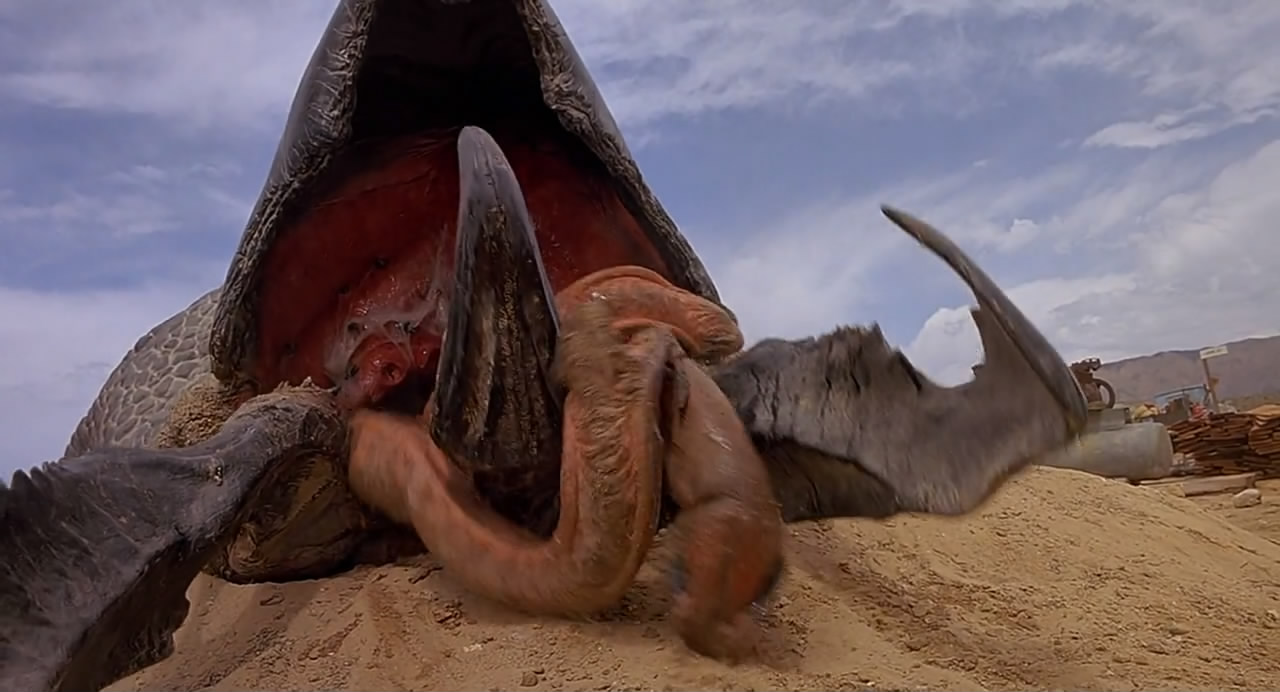 “They’re under the god****** GROUND!” While the idea of giant worms might not initially strike fear into the hearts of movie-goers, 1990’s Tremors proved that giant underground monsters were something to fear. The Graboids showcased an uncanny ability to locate prey either through sound or their slimy, slithering tongue tentacles.

Of course, the Graboids weren’t the only version of these creatures that are seen throughout its life cycle, which also includes the above-ground Shriekers and the airborne Ass-Blasters. It’s obvious by the names of the various Graboids that the Tremorsfranchise relies on humor as much as horror, but that doesn’t make the Graboids any less deadly. 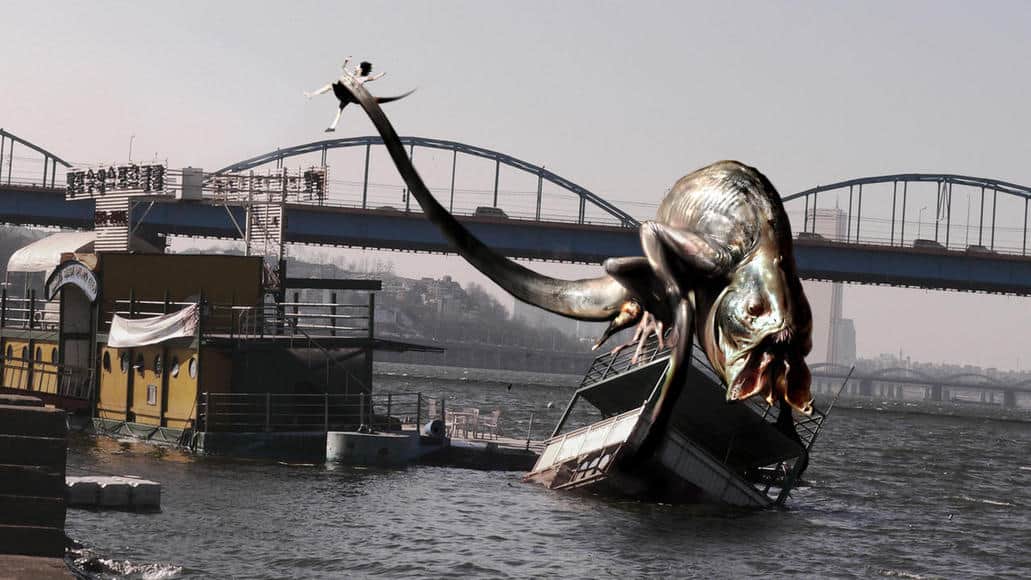 The best horror movie monsters are often the ones created by humans usually through pollution or nuclear testing, which almost makes the ensuing massacre justified in that humans brought it on themselves. Bong Joon-ho‘s The Host featured just such a creature, thanks to the improper disposal of formaldehyde down a sewer which created the monstrous Gwoemul.

While the giant creature’s motivations are largely unknown as he indiscriminately kills citizens while also kidnapping a select few, Gwoemul is largely reacting on instinct throughout the film. This makes it a sympathetic monster in some ways, with the real villains of the film represented by the government attempting to cover up their latest ecological mistake.

1987’s Hellraiser by Clive Barker introduced a very different kind of movie monster with Pinhead, as he is an articulate torturer as opposed to the mindless brutes or silent slashers more commonly seen in horror movies. Pinhead is a Hell Priest and leader of the Cenobites, former humans with an extreme taste for sadomasochism that they use to torture souls in Hell.

While Pinhead’s origins get explored throughout the franchise and tend to remove some of the character’s menace, his first appearances alongside the Cenobites served to showcase their deadly torturous abilities. The climactic scene in Hellraiser features main antagonist Frank violently torn apart by chains and is just a taste of the horrors Pinhead and his crew dish out.

It’s best not to look any further than the first two films of the Predator franchise to really get a good idea of the deadly nature of the alien hunters. Later sequels and crossover films dulled the vicious aliens, but their initial showdown with Arnold Schwarzenegger and his elite team of Special Forces operatives in Predator showcased the threat of the Predator.

The Predators use advanced alien technology and weaponry, which includes enhanced thermal vision, cloaking tech, and both bladed and projectile weapons to hunt their trophies. The Predators also have a unique sense of honor amongst warriors which slightly trumps the horror aspect at times, but the alien hunters remain just as deadly. 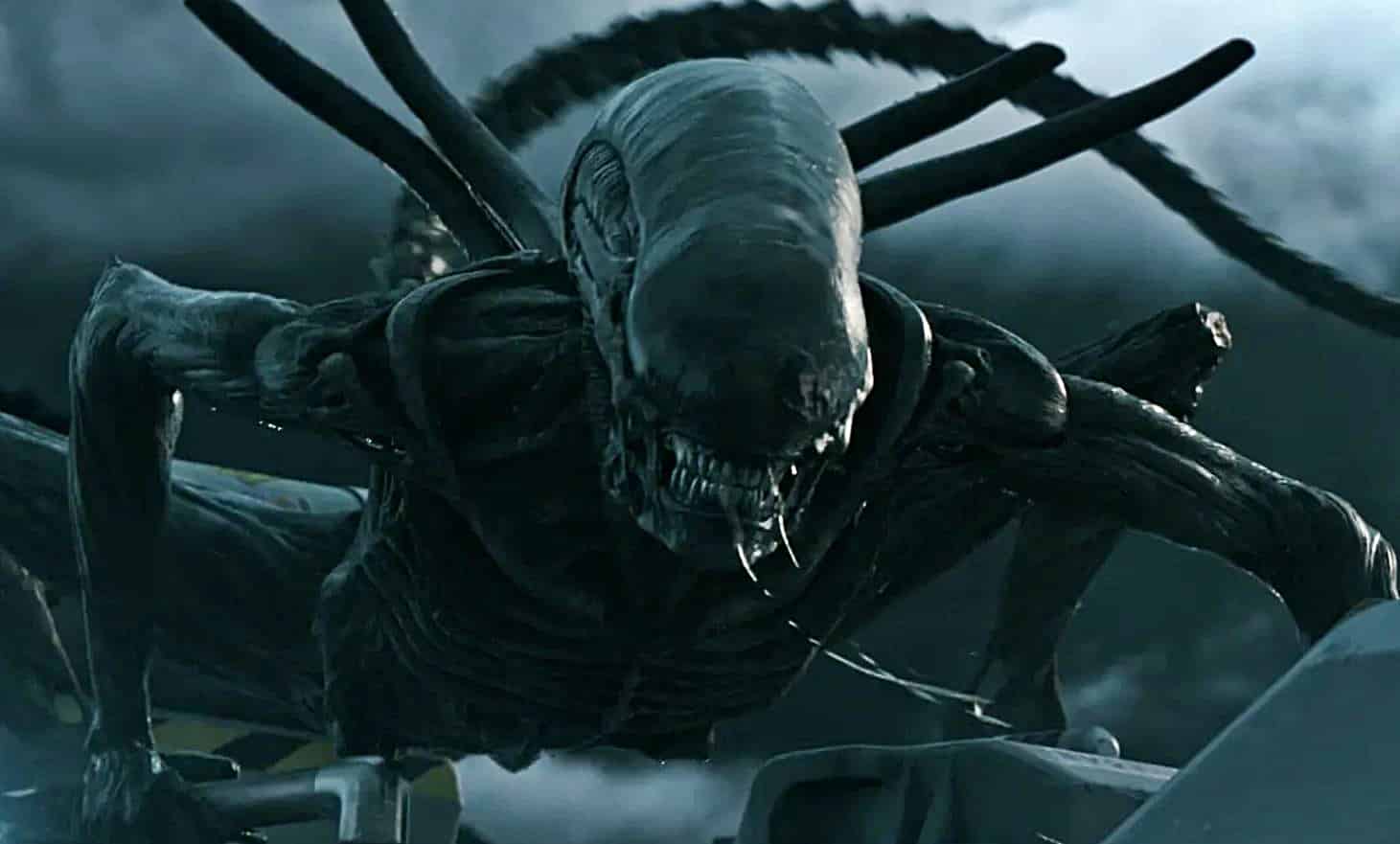 The xenomorph is an alien creature that first appeared in Ridley Scott’s iconic 1979 space-horror Alien, which introduced a movie monster that has thrived over the years. While later sequels would drift further into action territory, the first Alien is an atmospheric horror that excels in teasing the audience with glimpses of the creature as it stalks the crew of the Nostromo.

The Xenomorph is incredibly deadly for a number of reasons, most notably it’s razor-sharp claws, teeth, and tail spikes. It also has acidic blood, can gain other deadly attributes from its chosen host body, and when left unfettered can reproduce hundreds of xenomorphs as seen in the sequel Aliens, which puts this race of monsters above some of the more singular creatures on this list.

Deadly isn’t the immediate description that comes to mind when discussing Pennywise the Dancing Clown, but that’s kind of the point. The cosmic entity known also as “It” may look unthreatening, but that’s merely a ploy to lure children, It’s favorite food, into the sewer.

The true power of the shape-shifting Pennywise comes in the form of the Deadlights, which represents the interdimensional existence of It, and cause insanity and death to any who bear witness to them, with a few exceptions. While Pennywise was technically defeated by children, his centuries of death and destruction prior to that make him an incredibly dangerous monster. 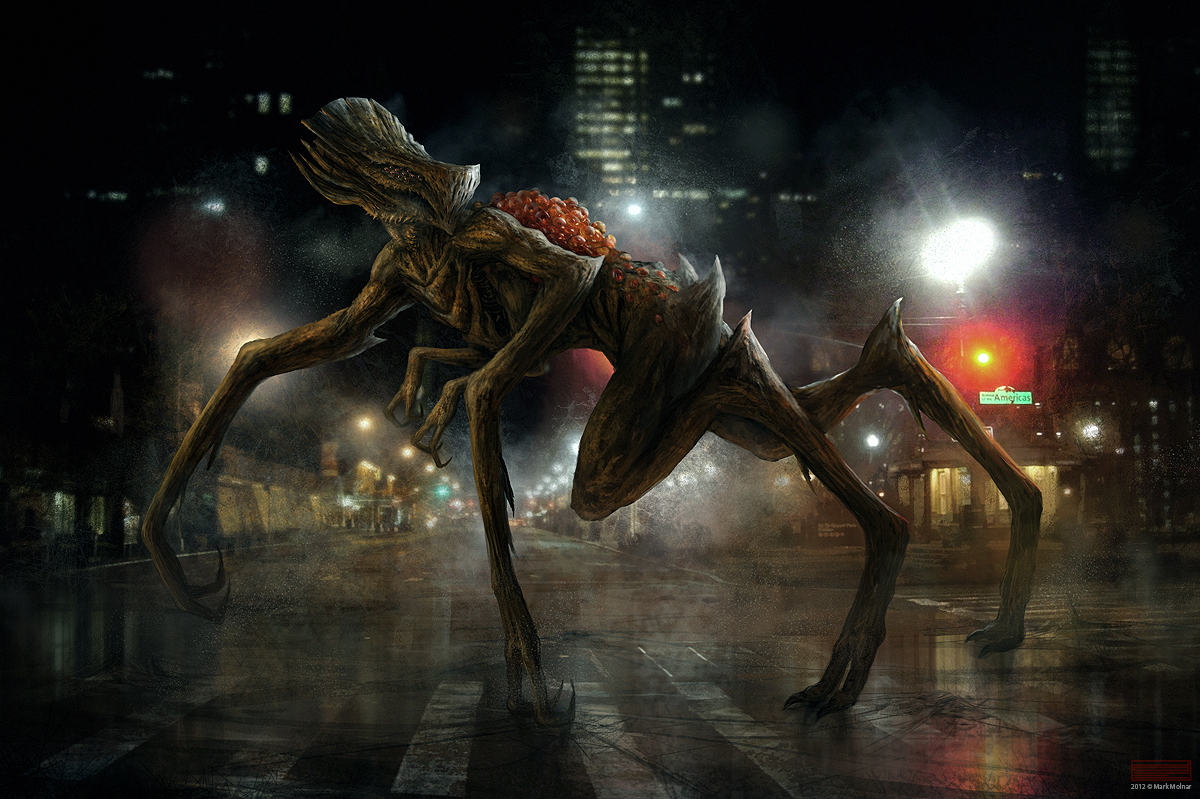 Monster movies can feature a huge variety of monsters, but the most common connection between them besides being scary is that they are large. And one of the biggest of the new wave of monsters fans has seen on the big screen showed up in 2008’s Cloverfield, which spawned an anthology franchise off the back of the monster known as Clover.

The origins of Clover weren’t really revealed in the film, though an Alternate-Reality online game dropped clues about its deep-sea origins. Clover’s attack on New York also revealed smaller versions of Clover that allowed full coverage on the streets during its city-wide attack, which later went planet-wide in 2018’s The Cloverfield Paradox. 1982’s The Thing was actually a reboot of The Thing From Another World based on the novel Who Goes There?, though that alien creature pales in comparison to John Carpenter‘s frightening mimic, which was brought to life with practical effects that still seem ahead of their time in the modern world of horror.

The alien Thing was able to assimilate, imitate, and replace other creatures, which was then revealed to be hiding within the various human members of a scientific camp in Antartica. While the Thing is deadly to the various members of the camp, its the horrifying thought of it reaching civilization that makes the Thing one of the deadliest horror movie monsters ever. Of course, we can’t talk about the deadliest horror movie monsters without discussing the King of the Monsters, Godzilla. The radioactive sea monster first appeared in 1954’s Godzilla and would star in over 35 international movies, with more films on the way.

Of course, the character of Godzilla wasn’t always a monster to humanity, and despite his first appearances as a destructive monster, he would often find himself allied with humanity against other monsters like King Ghidorah. Godzilla’s strength and size are bolstered by his devastating atomic breath, truly making Godzilla the King of the Monsters.