To Be Poor Is A Crime In The Most “Democratic”...

by Timothy Douglas 3 years ago3 years ago
47views
0

In the US and in Jamaica, people born into poor families often end up in prison as adults, while those born into rich ones almost never do.  That means people are imprisoned for the simple fact that they cannot afford legal representation, therefore being poor is a crime.  This fact was expressed in a single released in 1991 by Reggae star Freddie McGregor titled “To Be Poor is a Crime”.  Although lawbreakers should suffer the fate of imprisonment, it also has unintended punishing effects on the families left behind, often causing stress and instability that contribute to challenges that would have been avoided if the families were financially capable of paying legal bills. 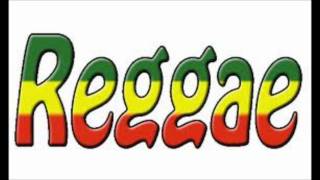 Freddie McGregor To Be Poor Is A Crime

In a report released by the Brookings Institution, it finds that boys born into households in the bottom 10% of earners are 20 times more likely to be in prison on any given day in their early 30s than children born into the top 10%. The research is based on a first-of-its-kind dataset linking people incarcerated from 2009 to 2013 to data on their parents’ earnings reported to the Internal Revenue Service.  States and local governments, starved for revenues, criminalize their own residents, especially low-income people of color—to subsidize everything from courts and prisons to private probation companies, piling on higher and higher fines and fees.

In the U.S. in 2017, TheNation.com reported a story about a woman in Georgia who was ticketed for rolling through a stop sign in 2014. The judge hit her with a $135 fine and ordered her to pay it in full immediately. The woman told the judge she was unemployed and was caring for her terminally ill father, so the judge gave her three months to pay the fine, in addition to being put on “probation.”  She went to a room behind the courtroom, where a long line of people—all of them African-Americans—were waiting to pay money to a woman behind a desk.

The woman behind the desk who worked for the probation company informed the woman that she had to sign a paper indicating that she had been placed on probation and now owed $267—the fine plus $105 for the (for-profit) probation company that would be monitoring her, as well as $27 for the Georgia Crime Victims Emergency Fund.  So instead of paying just the fine, she now owed an additional $132 that she did not have.  The woman was able to find a lawyer who challenged and eventually ended the probation company illegal money-collecting scheme by pointing out that incarcerating people who were unable to pay a fine was unconstitutional.

While most people in the United States believe that debtors’ prisons are a thing of the past, Americans are jailed by the thousands for no other reason than being unable to pay a fine and its accompanying fees—which is unconstitutional.  An estimated 10 million people currently owe a collective $50 billion in court debt, and some are already incarcerated for that simple fact.

In another case, in Jamaica a motorist was imprisoned because of the inability to pay some outstanding traffic tickets.  Unfortunately, the motorist died while in custody due to the lack of proper medical attention which the motorist was receiving prior to being imprisoned.  This incident could have been avoided if an alternative to incarceration was applied in the motorist case.  His license could have been suspended or ordered to perform community service or garnishment of paycheck if possible.  By incarcerating people, tax payers are responsible for their food and board.

It is not a secret that the prison industrial complex has been damaging most poor communities by working with politicians to implement laws that disenfranchise the poor.  What is unusual about the integrated legal/prison system is the willingness of the government to imprison people who cannot pay fines.  The act of simply locking someone up takes away their ability to work to pay off the fines.  It just don’t make sense.  The only fact is, they need people to fill beds in prison, therefore being poor is a crime by default and as a result it ensure prisons are constantly filled.  In the end we have a legal justice system that works in concert with private companies that extort poor people for bail, probation, cheap labor and to fill prison quotas.

The solution to fixing these issues is policy change, which requires officials who were elected to represent the people actually do their jobs.  Also, a justice system that treats everyone equally under the law, regardless of their ability to have paid legal representation.  Recently, state judicial leaders have taken a strong stance against high fines and fees and their consequences. They speak out publicly and lobby personally. Many legislators still claim that their cities and counties need the money, but elected officials are joining with chief justices and outside advocates to create change in states like California and Texas.  This is a good move for the countries most disenfranchised.

omg
0
omg
Timothy is a staff writer for FiWEH Life, providing commentaries on various topics relating to the Caribbean diaspora with the popular blog "Labba Mout". Timothy has been with FiWEH Life from the very beginning and continues to provide his commentaries on emerging issues.

More From: The Labba Mout